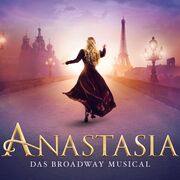 Founded in 1998 by Dutch television and theatre entrepreneur Joop van den Ende, Stage Entertainment is one of the world’s largest theatre producers and owners. The company has earned a reputation as a first-class theatrical production company focusing on Europe. With offices in the Netherlands, Germany, the United Kingdom, Spain, Russia, France, Italy and the United States, the group produces some of the best-known titles in musical theatre. The company stages licensed productions from its world-renowned partners as well as new, original productions created entirely in-house. Stage Entertainment employs more than 3,000 people worldwide, and over 7 million visitors attend a Stage Entertainment production every year. Today the brand is widely known for the exceptional quality of its shows and the warm hospitality extended to its audiences.

Stage Entertainment are now recruiting for a new role of International Executive Producer, based in Stage Entertainment’s UK office and reporting to Tali Pelman, Group Creative Director and Producer of TINA The Tina Turner Musical. The role will focus on TINA The Tina Turner Musical and will also encompass other productions and projects as they arise.

Primary responsibilities include, but are not limited to:

•        Working with the Producer and West End General Manager of TINA to provide day to day management and support of the running of the West End production.

•        Supporting the Producer on future international productions and/or global licensing of TINA as follows:

-        Scheduling and coordination on multiple productions, working in collaboration with the International Production Coordinator for TINA responsible for TINA in Stage Entertainment Europe, and liaising with local co-producers, General Managers and the show creative and associate teams.

-        Managing production/running budgets  & accounts for the Producer with the local General Managers.

-        Managing the financial reporting to investors, licensors and within Stage Entertainment.

-        Coordinating and negotiating legal contracting, including music licensing as required, with support of legal counsel.

-        Involvement in Marketing and PR for local campaigns as required, working also in collaboration with the Group Commercial Director.

-        Working in collaboration with the Producer and Group Content Director on licensing.

•        Significant commercial experience in international musical theatre production and/or general management, including in the West End and Broadway.

•        The ability to work successfully across cultures and in a fast-paced international environment.

•        Excellent management skills with the ability to pay attention to detail and oversee the big picture.

•        Strong negotiation and persuasion skills, with a view to creating effective long-term relationships with key stakeholders.

•        An understanding of international licensing strategy would be advantageous.

•        Comfortable in a corporate environment.

To apply for this position please send your resume with cover letter to HRM@stage-entertainment.com

The closing date for your application is November 29 2018